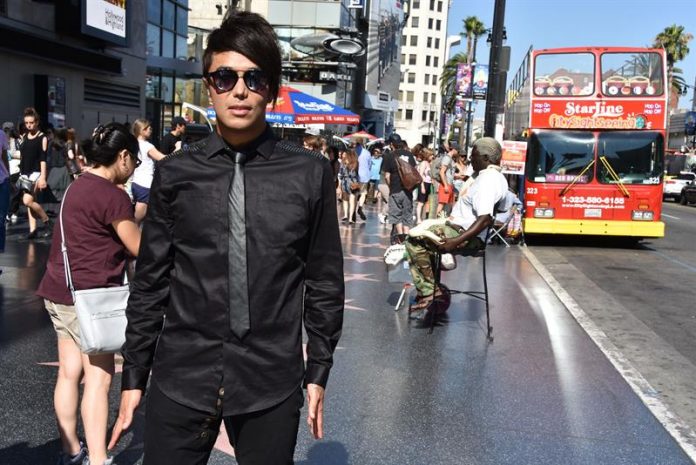 Mexican singer Fedro officially launches today in Los Angeles, as a front of his new album “The love of his life”, the song “Where is the love?” Where it claims to the feelings that produce wars and discrimination in the world.

“That’s why we decided to call it the song ‘Where is love?’, Because it is a constant search, at this moment, with everything we are living at the international level: hate crime, so much intolerance, , he pointed.

The theme was composed by the Colombians “JuanFran” and Ferna Goitia and filmed under Phaedrus guidelines, touched by the “slaughter” of 49 people at the gay club Pulse in Orlando, Florida on June 12, 2016, and the images that arrive Daily of the Syrian war.

“Instead of going forward, I think we’re going backwards in time, it looks like we’re going to the caverns again,” criticized the 35-year-old Sonora-born artist from Mexico.

In the video of the song that officially launches today in Los Angeles, appears a dozen artists, like Daniela Romo and Julio Iglesias son, among others, singing and holding a label with the label # OndeEstáElAmor.

Litzy Vanya Domínguez, Mexican actress and singer, famous for her role in the youth soap opera “DKDA: Dreams of Youth”, told Efe that “it seemed beautiful that Phaedrus did something like this”, and so she sent him a video of him Label as contribution.

“I think it is very important in these times to distribute love, because with so much technology we have access to information (of violence) that scares and scare,” said the artist known as Litzy.

The song was also made thinking of “so many Latino people who are living this crisis of not knowing whether to take to the streets, for fear of being deported,” said Phaedrus who clamors to Hispanics that “as a community we unite more.”

“We ask for respect, but sometimes we discriminate among ourselves as a community,” said Fedro Vazquez, better known as Phaedrus since he rose to fame with his participation in the program Viva el sueño de Univision in 2010.

Mexican actress Adriana Barraza, who also appears in the video, told Efe that “violence is everywhere in the world because of hate and lack of love, so it is very important that Phaedrus have done their song.”

“I hope love triumphs over all these war events and differences between human beings,” concluded the singer of “I was not born to love,” which ironically also belongs to his repertoire of famous songs.

Where is love? Which Fedro releases today is part of the fifth album of 9 “pop ballads” that plans to release in September 2017, which also includes “Me falta you,” a composition by Pedro Dabdoub, and “Love of your life” by Julion Alvarez, Of which the title takes its new album.