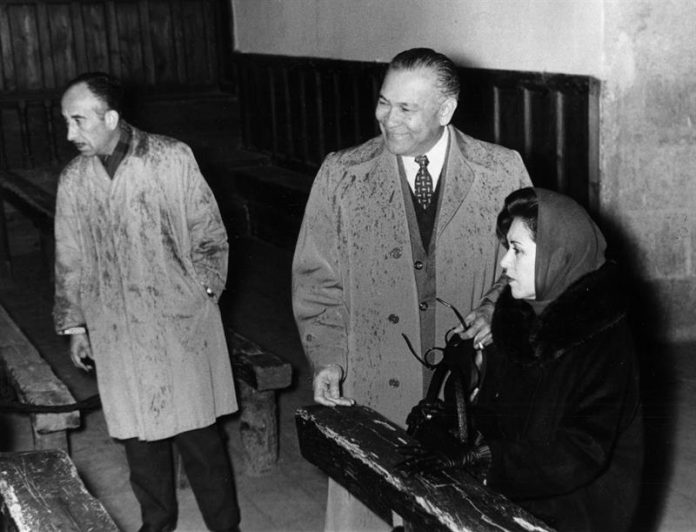 An 81-year-old woman living in the street in Fort Lauderdale, Florida, says she is the daughter of Cuban dictator Fulgencio Batista, who was taken out of Cuba one day before the 1959 Revolution, according to local media in Miami.

The woman, who showed the El Nuevo Herald newspaper her Cuban identity card, in the name of Carmela Batista, born on July 7, 1935, has not had a roof for two years and lives in a park in the city located 40 kilometers Miami with his adopted daughter, Ana Batista.

The television channel ABC News was the first to find this woman who claims that she is an extramarital daughter of Batista, who was overthrown on January 1, 1959 by the Revolution led by Fidel Castro, and Marina Estévez, who, according to , Years after being a mother, married another.

Carmela Batista showed the journalists pictures that she has between her mother’s and Batista’s belongings, and in one of them the words “kisses, Carmelina” appear on the back.

As he told El Nuevo Herald, Batista was a good father who was concerned that “they were studying, that they were well”, and that he did not see again after being sent to the USA, because “the children Batista) were going to kill us. ”

An attendant from Batista warned him the day before he would know the snow and sent it to New York with relatives. He never returned to Cuba.

He told ABC News that on Tuesday he ran a story about Carmela, when his father died in 1973, he inherited more than a million dollars and bought a house in South Florida, where he married, although his Marriage lasted less than a year.

At that time she worked as a piano teacher and medical secretary.

In 2015 she was evicted along with her 28-year-old daughter, Ana, from the house where they lived in Fort Lauderdale for failing to pay the bills.