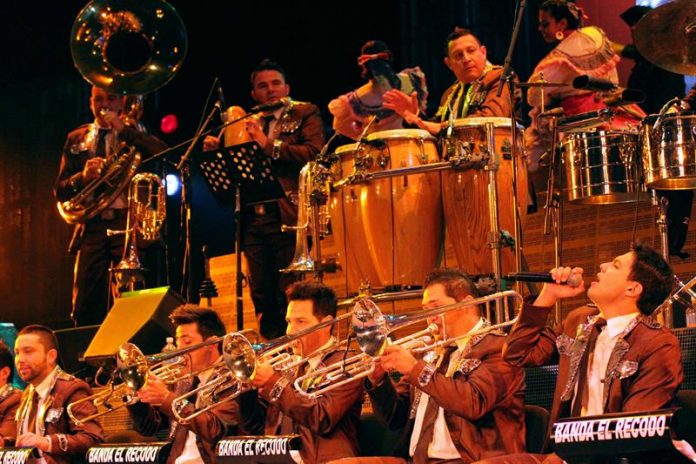 The Banda El Recodo has returned to its origins in its latest album, “Ayer y Hoy”, a work with which they want to “teach to the new generations how the music of banda sinaloense began”, according to said its vocalista in interview with Efe.

“We are not inventing the black thread,” said Charly Pérez, singer of the so-called “mother of all bands”, regarding the album number 52 in the long career of this group and in which as a novelty have included five instrumental tracks.

“However, we are doing something that has been left behind for many years. We have included five instrumental melodies to show the new generations how the roots of our music were,” he added.

The album continues the path of “Raíces” (2016), the previous production of this band founded in the 1930s by the late musician Cruz Lizárraga, a work that won them the ninth Latin Grammy of their career, in the category Best album Of band music, in addition to a nomination to the Grammy Awards.

Given the positive reception of “Raíces”, the group decided to go a little further back in time and satisfy the nostalgia of their usual audience, as well as educate new listeners about the history of Sinaloa music.

“Only at the end of the (80’s) did the song become popular, but like all orchestral music can be enjoyed with voices and without them,” Pérez explained.

For the vocalist, the popularity of band music continues to increase in the United States, as in Latin America, as reflected in the fillings that have recorded during his current tour in the nation of the north, and although they feared that the “Climate that is breathed”, especially by the measures against undocumented immigration, will reduce attendance to their concerts.

“It is not a secret that we have an audience that is illegally in the country,” Perez said. “We are very grateful for the fact that they overcome the obstacles and come and see us.” What we do recommend is that they take care of themselves and do not call attention to themselves, that they adapt, wherever you go, do what you see, as you say The saying, “the singer said.

He stressed that the group’s goal is to support “quality” issues within its genre and expand the international audience of Mexican regional music, with themes that rescue tradition and send positive messages of respect to women.

“Those who listen to the album will end up with a good taste in the mouth,” he said, adding that it is “music for demanding people and for all ages.”

With that in mind, both “Roots” and “Yesterday and Today” are part of the El Recodo Band’s effort to rescue the first expressions of the genre, right at a time when the Latin music industry values ​​mergers and collaborations.

“We already did that,” Perez said. “We already had collaborations with Tito El Bambino, Shaila Durcal and Luis Fonsi himself. This is another stage of the many that El Recodo has had since it was created in 1938,” Perez said.

The singer rejected that within the Mexican regional re-popular instrumental music and, with it, the vocalists are obsolete.
“There are tastes and audiences,” he said.

As part of their effort to reach new latitudes, some lyrics and melodies have a ballad cut of love and heartbreak, as perceived in the first single “Vale la pena”, which is a request for forgiveness and whose music video was recorded entirely In Chile, or also the song “Prometí olvidarte”, that turns on the affectionate treason.

Chile has been the first country in South America where Banda El Recodo has achieved high levels of popularity, after achieving successes in Central America, where Sinaloa music has received a growing number of fans in recent years.

For Perez, the explanation is simple: “Our music is for those who enjoy orchestrated music, which is not strident and good songs, it’s for everyone.”