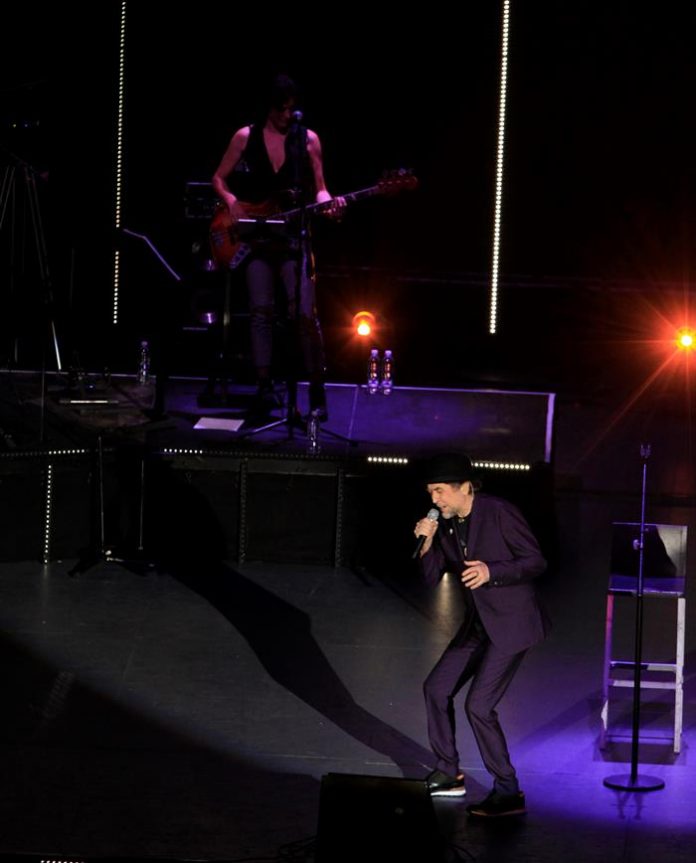 A crowded National Auditorium of the Mexican capital fell today at the feet of the Spanish singer-songwriter Joaquin Sabina in the first concert of a tour to present his last disc, “I deny everything”.

“We started here because this is the temple of song in Latin America, our house,” said Sabina dressed in a purple suit and black hat that would change later as the concert of 19 pieces that kept the ten thousand Mexicans They filled the room.

Sabina began the concert standing with the jewel that gives the name to the album, “I deny everything,” whose lyrics are intended to crumble myths around the revolted life of the artist, some of them driven by the media, such as the “Dylan Spanish “Or the” prophet of vice “.

De corrido sang Sabina, sometimes seated, seven of the 12 proposals of the disc; In the sixth, “Tears of marble,” upset the public, who accompanied him as if it were an old song and not a recently released to pay tribute to the Nobel Prize in literature Gabriel García Márquez and the Spanish Cervantes José Manuel Caballero Bonald .

Pancho Varona, one of his oldest musicians, accompanied him on stage and the next, “Sunday nights end badly,” invited guitarist Jaime Azua, with whom he closed the first part of the performance.

After introducing her musicians, the ever more debutante Laura Gómez on bass, Sabina recalled the deaths of Argentine poet Juan Gelman and Colombian writer Gabriel García Márquez, both in 2014. 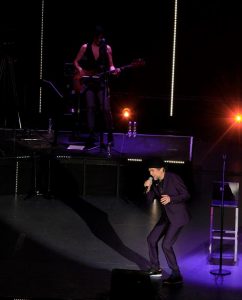 “The last time I asked Gabo how he was and he told me he had not listened to it for a long time, that seemed to be a phrase for a song,” he said and gave way to vocalist Mara Barros, who showed his “voice” with A letter from Sabina regarding the author’s claim of “One Hundred Years of Solitude”.

Joaquín continued with his homage to friends who went with the well-known “For the Boulevard of Broken Dreams”, dedicated to the irreverent Chavela Vargas and let the audience chant the part of “… as Chavela weeps …” while He was silent.

Although he is most recognized for his poetic encouragement, the 68-year-old singer-songwriter did not disorientate with his voice and, in a kind of stretching and slackening, sometimes sang slow pieces like “Fishes of the city” and in others uprooted his followers as in ” 19 days and 500 nights “.

“La Magdalena” intoned it with Mara Barros, who took out her sensual side. As a tennis player switches racket, Sabina replaced her guitar for “Medias Negras”, and returned to the first to, again, “warm up” her faithful with “Princess.”

After 87 minutes, Sabina bent back to give the ball, but in the end he managed to get up. He let his friend Azúa sing “At six in the morning” and returned to present “Wedding Night”, which caused couples of lovers to jump the order and dance in the halls with kisses included.

With “And gave us the ten”, another of his classics, put the audience to sing, and “With loves that kill” he wore with the Mexicans by changing the phrase “girl with sad eyes” by “chilanga with sad eyes” , Who plunged deeply into the already ecstatic attendants to the temple.

Sabina closed with “Pills not to dream” the first of their performances in a tour that will include three other concerts in Mexico City until the last Sunday of this month, others in Guadalajara, Monterrey and Puebla, then sing in the United Kingdom , Spain, France, Ecuador, Peru, Chile and Argentina.