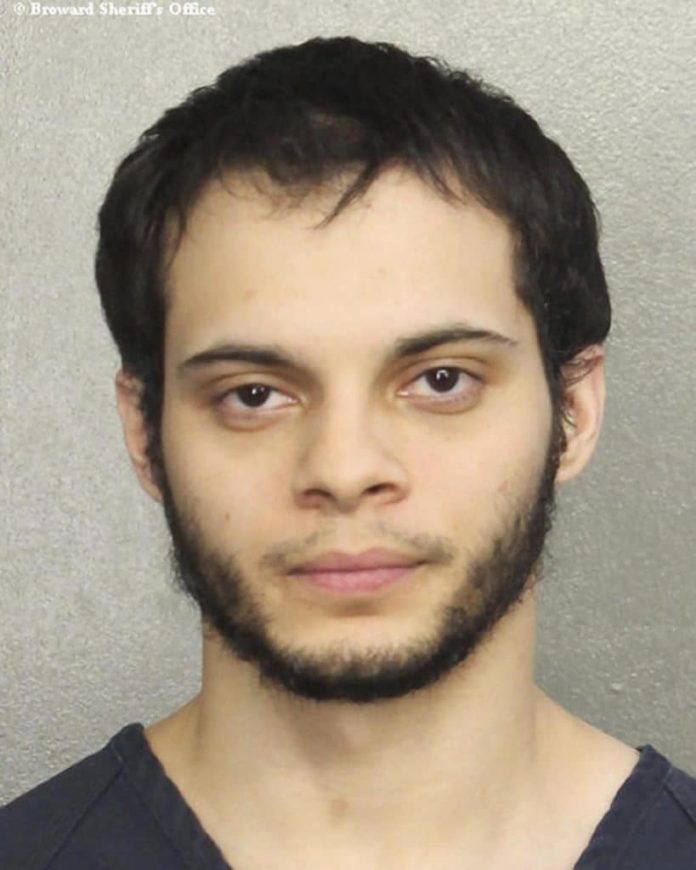 FORT LAUDERDALE, Fla. (Reuters) – The 26-year-old Iraq war veteran accused of killing five people at a busy Florida airport in the latest U.S. gun rampage was due to appear in a federal court on Monday on charges that could bring him the death penalty.

Esteban Santiago, who had a history of erratic behavior, has admitted to investigators that he planned Friday’s attack in Fort Lauderdale and bought a one-way ticket from his home in Alaska to carry it out, according to a criminal complaint.

Authorities say they have not ruled out terrorism as a motive and that they are investigating whether mental illness played a role. In November, Santiago went to a Federal Bureau of Investigation office in Anchorage and told agents he believed U.S. spies were controlling his mind.

Bond for Santiago, who is being held at the Broward County Jail in Fort Lauderdale, may be set at the hearing scheduled for 11 a.m. EST on Monday near Fort Lauderdale, and he would be assigned a public defender if he cannot afford his own lawyer.

He could face the death penalty if convicted on charges of carrying out violence at an airport, using a firearm during a violent act, and killing with a firearm. But it may be months before prosecutors reveal what lies in Santiago’s future.

“They’ve then got two weeks to indict him, and then they’ve got to go through the whole death penalty review,” said former federal prosecutor David Weinstein, who is now a partner with Miami law firm Clarke Silverglate.

Executions have been on hold in Florida since the U.S. Supreme Court struck down the state’s death penalty laws a year ago. The Florida Supreme Court overturned a rewritten version in October.

Six people were wounded in Friday’s attack, and about three dozen suffered minor injuries in the chaos as passengers and airport workers fled the gunfire.

Authorities say Santiago arrived on a connecting flight from Alaska and retrieved a 9mm semi-automatic handgun from his checked luggage before loading it in a bathroom.

He then returned to the baggage claim area and walked “while shooting in a methodical manner” 10 to 15 times, aiming at his victims’ heads, according to the criminal complaint.

Information surfaced over the weekend that police in Alaska took a handgun from Santiago in November after he told FBI agents there his mind was being controlled by a U.S. intelligence agency. They returned it to him about a month later after a medical evaluation found he was not mentally ill.

Video published by the website TMZ on Sunday showed the gunman walking calmly past the airport’s luggage carousels before wordlessly pulling the handgun from his waistband and shooting at victims who fled or dived to the floor.

Santiago served from 2007 to 2016 in the Puerto Rico and Alaska national guards, including a deployment to Iraq from 2010 to 2011, according to the Pentagon. Relatives have said he acted erratically since returning from Iraq.

The attack was the latest in a series of mass shootings in the United States. Some were inspired by Islamist militants, while others were carried out by loners or the mentally disturbed.