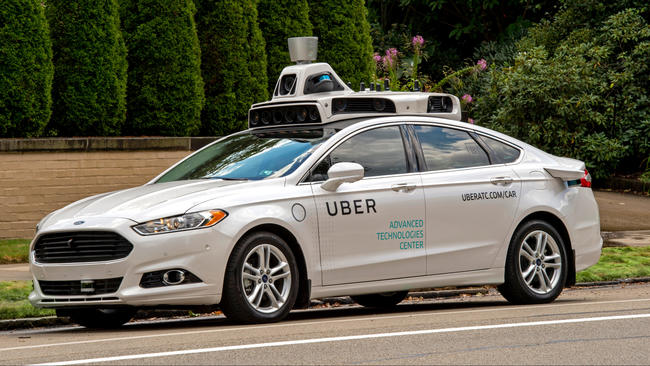 By Heather Somerville and Alexandria Sage |

Uber Technologies Inc on Thursday removed its self-driving test cars from California and put them on trucks bound for Arizona, shuttering the autonomous vehicle project in its home state after a week-long battle with regulators.

The California Department of Motor Vehicles on Wednesday revoked the registration of 16 cars in Uber’s self-driving fleet, which the regulator said lacked the proper permits.

Arizona, however, does not require any special permits for self-driving cars, according to the state Department of Transportation. Autonomous vehicles have the same registration requirements as any other car.

Uber’s self-driving program had been running in San Francisco for just a week, and all the while the company was embroiled in a dispute with the state DMV and attorney general. Both threatened legal action if Uber did not remove its self-driving cars from the road, which the company ultimately did on Wednesday.

“Our cars departed for Arizona this morning by truck,” an Uber spokeswoman said in a written statement. “We’ll be expanding our self-driving pilot there in the next few weeks.”

San Francisco had been selected as Uber’s second testing ground for its self-driving cars after Pittsburgh, but the company immediately faced a backlash from the DMV, which requires that any company testing autonomous vehicles on public roads receive a permit.

But Uber refused to apply for the permit, arguing that state regulations do not apply to its cars, which require constant monitoring and interference by a person in the vehicle.

California defines autonomous vehicles as having the capability to drive “without the active physical control or monitoring of a natural person.”

Amid the fray, Arizona Governor Doug Ducey invited Uber to bring its cars to his state.

“Arizona welcomes Uber self-driving cars with open arms and wide open roads,” Ducey said in a statement released Thursday. “While California puts the brakes on innovation and change with more bureaucracy and more regulation, Arizona is paving the way for new technology and new businesses.”