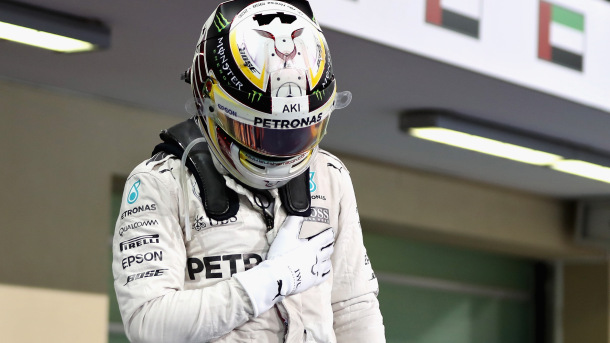 Lewis Hamilton says he has “twice the desire” to recapture the Formula 1 World Championship next year following his narrow loss to Mercedes teammate Nico Rosberg in 2016.

Hamilton won 10 races in 2016 – more than any driver in F1 history not to have won the championship – but had his title bid harmed by a number of reliability issues through the season.

Speaking to TIME for its “Year Ahead” issue, Hamilton said that he felt he was not given an equal opportunity as Rosberg through 2016 due to the problems with his car.

“Unfortunately, I didn’t have equal opportunity, because I had failures on our side of the garage,” Hamilton said.

“The other side didn’t. So that puts more stress on the importance of myself sucking every ounce of opportunity.

“At the end, that’s all I could have done. I didn’t do anything dangerous. I didn’t put anyone in harm’s way. I’d do it again. You’re out there to fight.”

Despite his agonizing championship defeat, Hamilton said that he is in a positive frame of mind and feels more motivated than ever to capture a fourth title in 2017 with Mercedes.

“I’m in a good head space. I have a process that I need to take into next year,” Hamilton said.

“When I lost the championship, the motivation to want to take it back next year became twofold.

“I now have twice the desire.”