The man suspected in an attack that killed 12 and injured dozens of others, including two Americans, at a Christmas market in Berlin was killed in a shootout with police in Milan, Italy, where he had arrived earlier in the day by train, according to the Italian Interior Ministry and Milan police.

After Monday’s attack in Berlin, suspect Anis Amri, a 24-year-old Tunisian national, passed through France before arriving by train at the central railway station of Milan on Friday morning around 1 a.m. local time, a Milan police spokesman said. The spokesman declined to provide further information about Amri’s travels due to the ongoing investigation.

German investigators are working with Italian authorities to reconstruct Amri’s route from Berlin to Milan. They are also trying to determine whether he had had help from a network of supporters in planning the attack in Germany and fleeing to Italy, German Federal Prosecutor Peter Frank said. 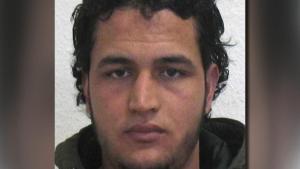 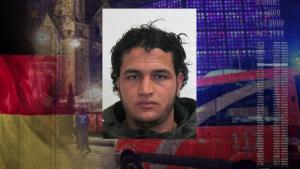 The shootout in Milan happened at around 3 a.m. local time after police stopped Amri, who was acting “suspiciously,” while patrolling the Sesto San Giovani area of suburban Milan near a train station, which was closed at the time, according to Italian Interior Minister Marco Minniti.

Amri shot at and wounded at least one of the officers when he was asked to present his documents. Police returned fire and killed him, Minniti said. The wounded police officer was transported to a local hospital where he is recovering from non-life-threatening injuries, according to the interior minister.

Amri had become the center of a Europe-wide manhunt following Monday’s deadly attack on the Christmas market at Breitscheidplatz, a public square in the heart of Germany’s capital.

Officials identified Amri as the likely assailant in the attack, citing evidence discovered at the crime scene.

“We can tell you today that there are additional clues that this suspect is, with very high likelihood, the perpetrator,” German Federal Interior Minister Thomas de Maiziere told reporters at a press conference Thursday. “Fingerprints in the cab of the truck have been found, and there are also other clues that suggest that [he is the perpetrator].”

Amri’s fingerprints were found on the steering wheel, on the driver’s side door and elsewhere in the cab of the tractor-trailer that was used to plow into the crowded Christmas market on Monday, according to Frauke Koehler, a spokeswoman for the German federal prosecutor’s office.

The truck’s driver was found dead with gunshot wounds in the back of the Polish-owned tractor-trailer used in the attack. No gun was recovered from the scene, suggesting that the weapon may still be with the attacker. The truck was stolen in Poland from a building site, according to Berlin police.

Berlin police said the deceased truck driver was a Polish citizen and was not controlling the vehicle when it drove into the market. The man is being counted among the 12 fatalities in the attack.

According to a wanted notice issued by German authorities earlier this week, Amri went by six different aliases and was considered “violent and armed.” Officials had offered a reward of up to 100,000 euros ($105,000) for information leading to his arrest.

ISIS claimed responsibility for Monday’s assault, calling Amri “a soldier of the Islamic State,” in a statement released by the terrorist group.

Ralf Jaeger, the interior minister of the German state of North Rhine–Westphalia, told reporters on Wednesday that Amri had known ties to the local radical Islamic scene and he had been deemed a threat by several security agencies.

Amri served a four-year prison term in Italy for arson on its Mediterranean island of Lampedusa, the closest European Union destination for migrants and refugees embarking from North Africa. He lived in the town of Kleve in North Rhine–Westphalia before moving to Berlin, Germany’s capital, in February. His asylum application was rejected in July of this year, but he was not deported to Tunisia because authorities couldn’t verify his identity without the proper paperwork, according to Jaeger.

A national security source told ABC News that Amri was known to U.S. intelligence agencies prior to the Berlin attack.

Tunisian authorities told ABC News on Thursday that they had interviewed Amri’s father.

In a recent interview with the Associated Press, Amri’s mother said her son showed no signs of radicalization and she questioned whether he was really the man who launched the attack in Berlin. She said poverty drove her son to steal and travel illegally to Europe.

“I want the truth to be revealed about my son,” Nour El Houda Hassani told The AP on Thursday in the central Tunisian town of Oueslatia. “If he is the perpetrator of the attack, let him assume his responsibilities and I’ll renounce him before God. If he didn’t do anything, I want my son’s rights to be restored.”

By J.J. GALLAGHER and MORGAN WINSOR

Ingenuity beats its own marks on a 10th Mars flight

The third War of an invisible virus the enemy coronavirus and...

The Gates Foundation will invest 158 ​​million dollars in fighting poverty

Becky G stops being a girl in “Mayores”, her protest against...